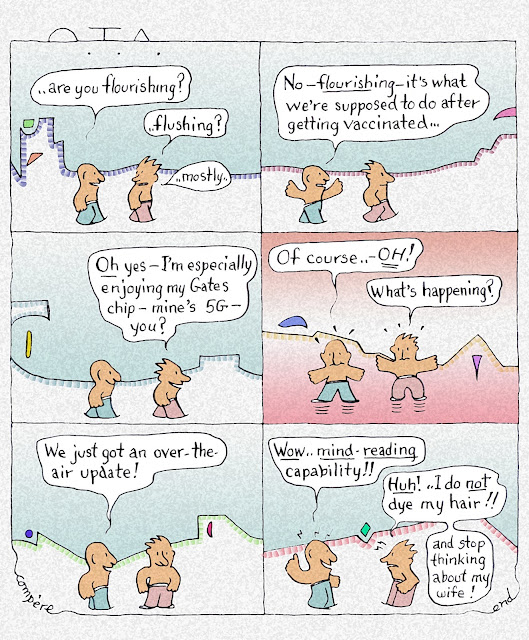 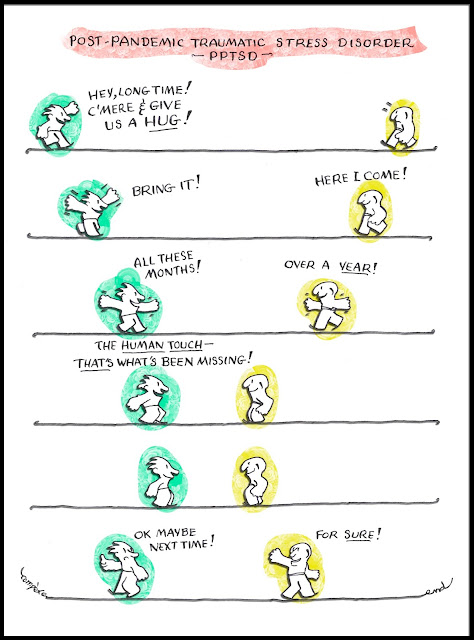 Forgot how to shop in a store... 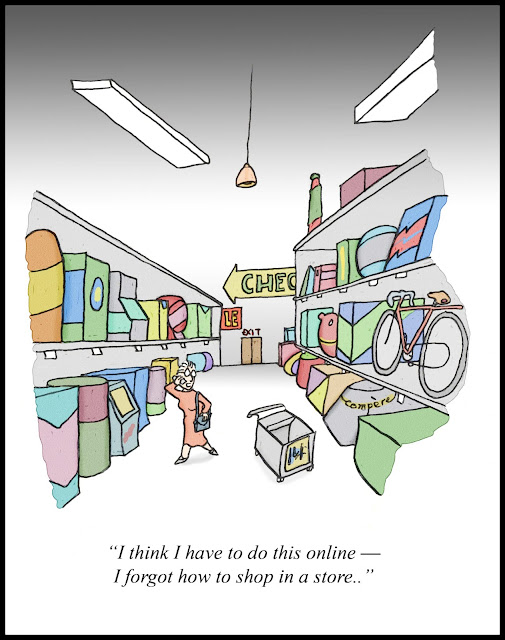 At Home With the Introverts 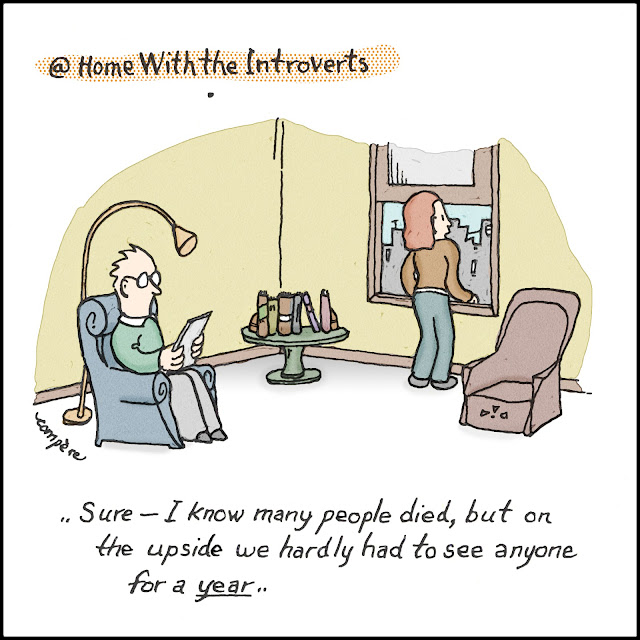 …When some of us were younger (25+ years ago) and worked for telephone companies, there arose (or floated down from Above) a “concept” called:

..a marriage of “network” and “system,” and altogether it was… indistinctly drawn.

In the ranks we were just trying to make sure you could call your mother (have you?) but upper levels were wrestling with the advent of the Internet at a time when no one had a clue where it would go.

This lack of clues didn’t stop the visionaries from having their visions willy-nilly, and also writing big presentations that were plonked right down on our heads, so we, so, could be confused.

Our visionaries thought that your telephone company would bring you the future, and to give you an idea of how impressed I was by all the futurology, here’s a short thing I wrote at the time, which I titled.. “Notsys.” 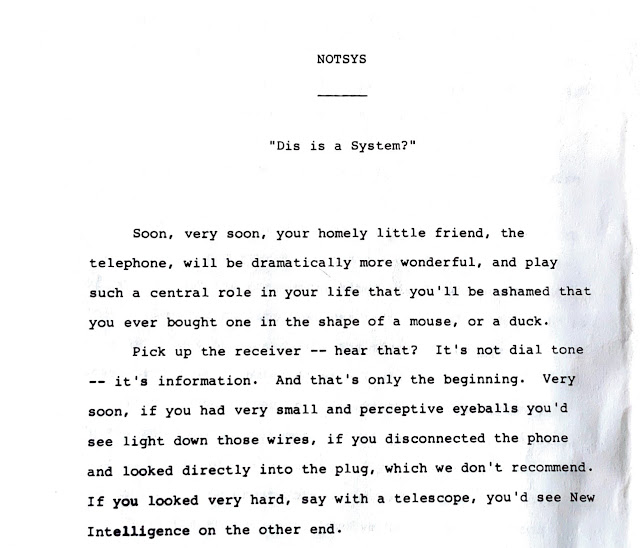 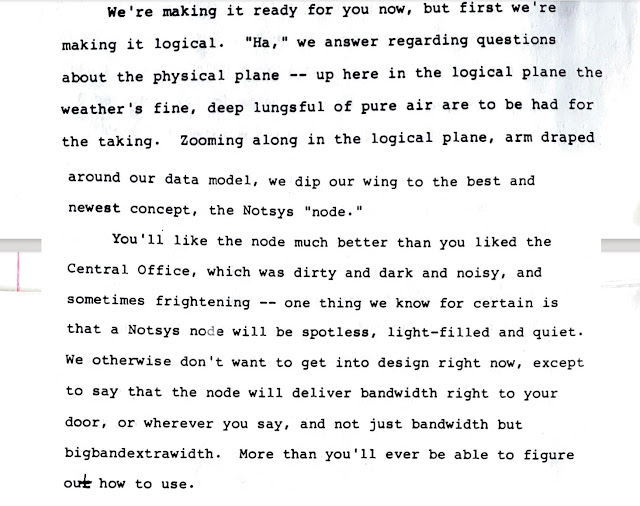 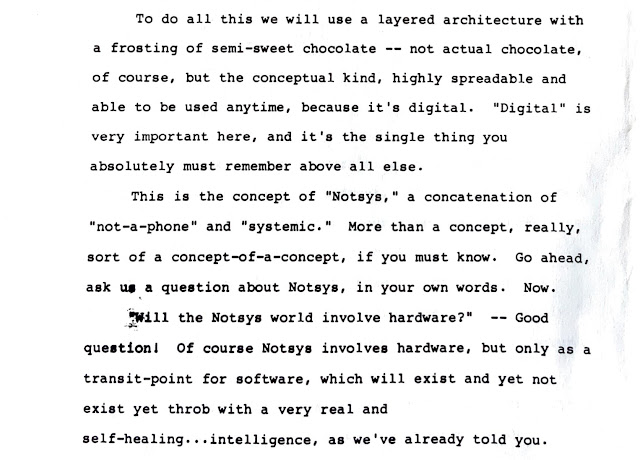 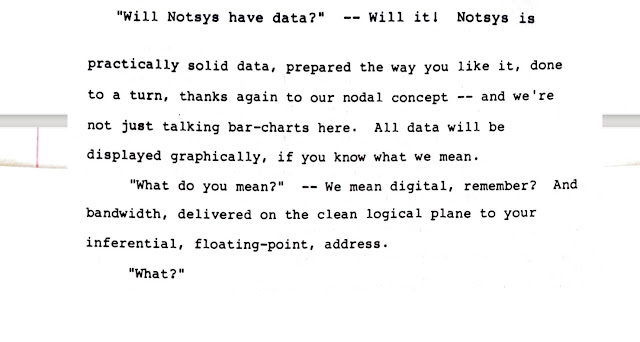 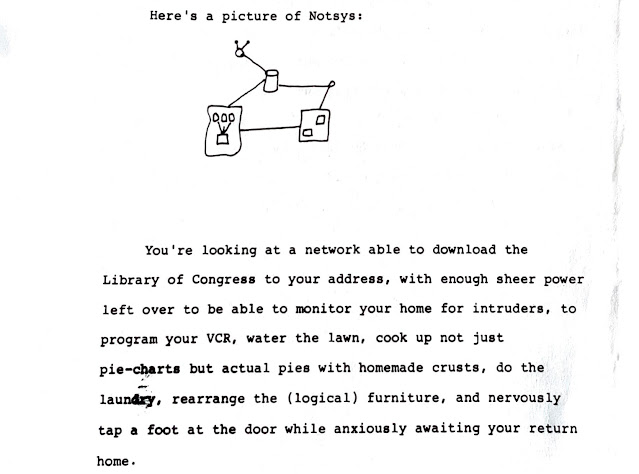 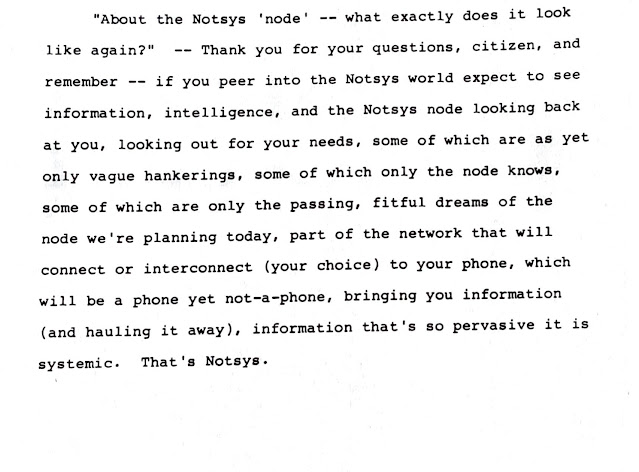 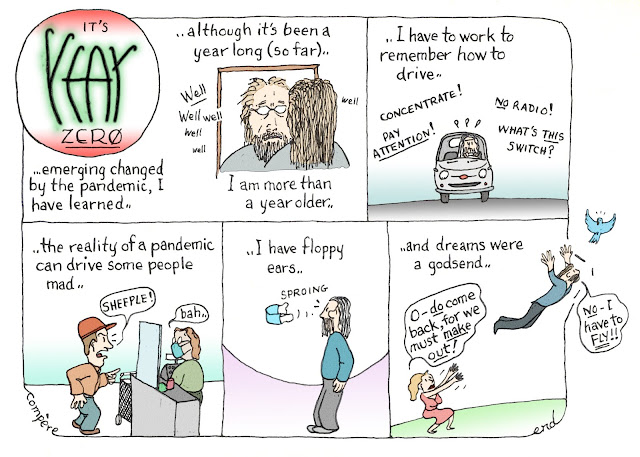 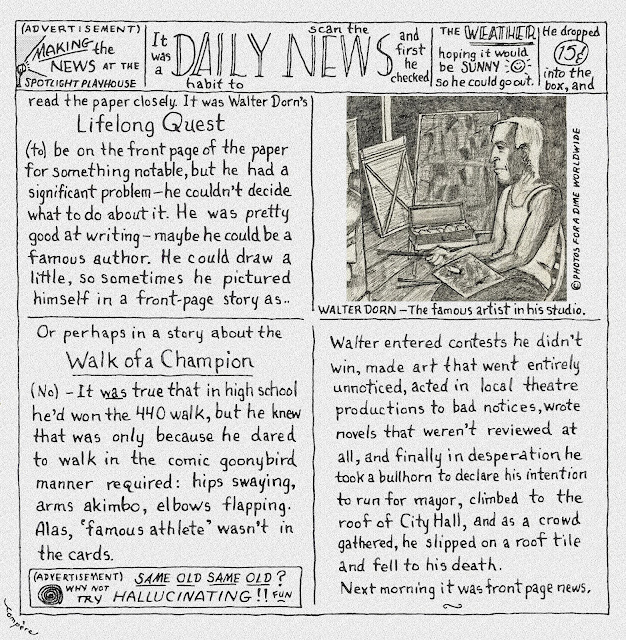